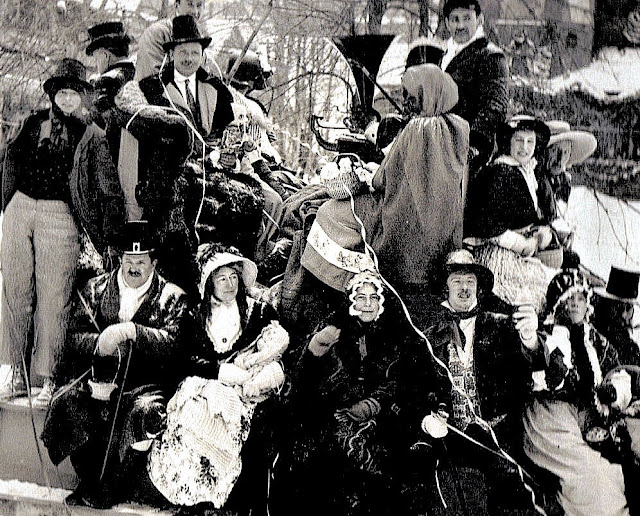 More uploads from my family's history here.............more info shortly.........Yesterday,.I met My Brother Zyg with Cathy & my Sister-in-Law Jean at The Bear in Todmorden.We had Lunch &; he gave me several Newspaper cuttings relating to Our Family's presence in North America. (not read them yet!) +137 more photos to share including the one above..........It's kind of tricky sharing & scanning these photos as they are both small & stuck in a photo album.I dont want to damage anything so i will take my time to copy them safely........
Here are the first batch I've uploaded.Something I never knew, My Aunty Brenda was born in Canada. My Grandfather moved there in the early 1900's "looking for gold" :"goldpanning" Whatever........I will give you more detail when i understand it more myself.
I have a postcard from Canada.Later my Grandfather must have moved South, hence these photo from Saranac Lake in upstate New York. . 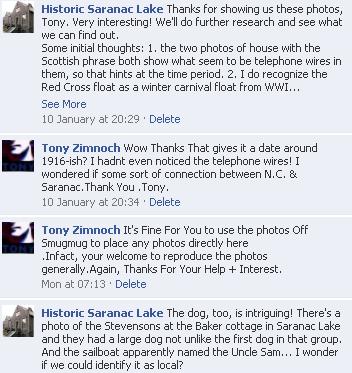 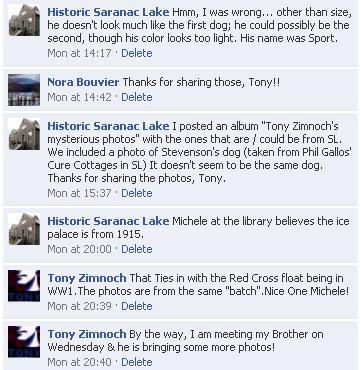 I have been sharing these photos on facebook with Historic Saranac Lake
Turns Out It's Not Connected with Robert Louis Stevenson.But Interesting,None The Less (just mere coincidence a Family member returned?)......
.Sorry I have been AWOL from blogging .will visit you soon!Check Out Alan's Sepia Saturday for other romps ! 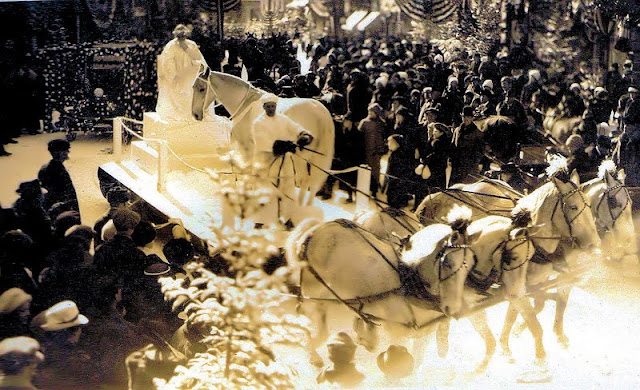 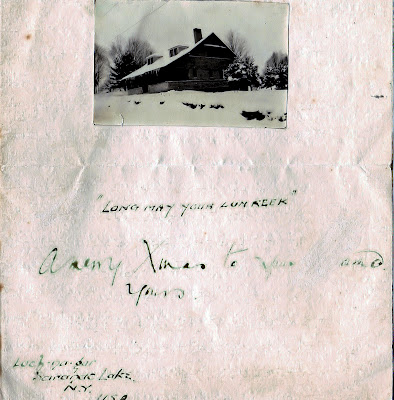 "lang may yir lum reek "or 'long may your chimney smoke'.............a shortened version of “Lang may yir lum reek wi ither fowk's coal.” ( “Long may your chimney smoke with other people's coal.” )
This is my contribution to Alan's Sepia Saturday .As i told Alan the other week in Union Cross pub in Halifax I have a big box full of old (mainly sepia) photographs I need to scan/preserve.This is one i pulled out at random.The problem with many of these photos is ,although they are connected to my family, I really do not know the detail behind them.My Mum's side of the family came from Fife & Edinburgh. One of the few things I know about what is a very complicated family tree is that I am related to Robert Louis Stevenson .
The reason it is complicated & why big chunks are unknown to me is that my maternal grandfather was married 3 times .His first 2 wives (including my grandmother) died in childbirth.He had 3 children.One to each wife.My Mum had a half-brother & a half-sister.each of who had different mothers!


Although all the 3 were reasonably close they ended up living throughout the UK.One in the Home Counties of England.One in Edinburgh & my Mum in Yorkshire..My childhood was an endless series of trips to distant half -Aunts and quarter -cousins!


Genealogy has always been an ology-too-far for me .It's just too damn complicated!My maternal grandfather died (in Malta.he was a sailor) in 1951.He kind of abandoned my Mum when she was wee.So she was never very forthcoming on him & his relationships and the finer points of family history.Added to which my Dad's Polish family was even more complicated & distant to me .Astrology has always seemed a better bet!


Anyway this is a series of photos I had passed onto me when my half-Aunt Brenda died in Edinburgh 1985.This was a Christmas Card sent from Saranac Lake in upstate New York.


My guess is it was posted around the late-1800's or very early 1900's.Another guess it was sent to a member of my extended family.Maybe the sender too was a relative? I have several other photos from North America around the same period.I have about twelve from the series.Lots of Snow!It's really frustrating because one is of The Family Dog (with HIS name written on the back).I know the name of their bloody hound but not theirs!
Finally.For This Week.Here is another photo I dug out today.Again I know little.I seem to remember my Mum saying they were Family.and the house is in The Americas.Another mystery............but please look here.You could write a whole historical tv mini-series on the basis of this one photo alone!