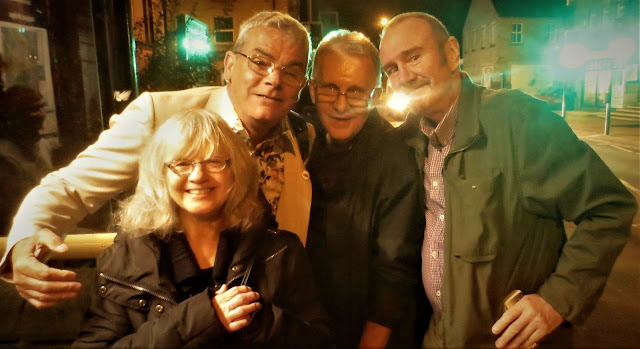 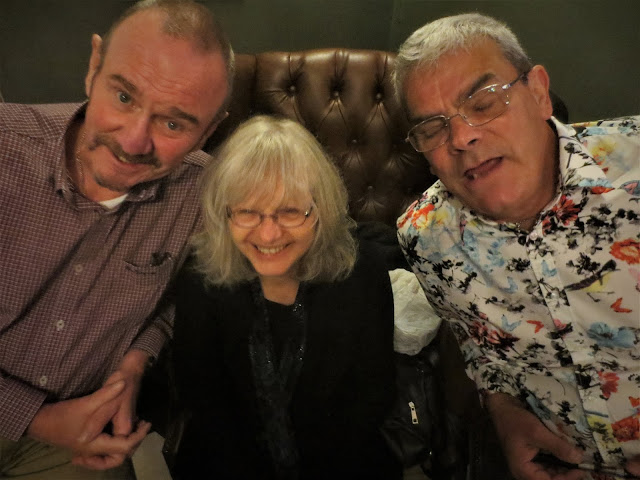 This is a sepia saturday post.
The  week's suggested themes are MUSIC : SINGERS : GRAMOPHONE : RECORDS.
I looked through my own old photos and struggled.....the best I could find was the photo below which  I took of the Canadian singers Kate & Anna McGarricle when they  played Liverpool Philharmonic Hall in 1975.
https://en.wikipedia.org/wiki/Kate_%26_Anna_McGarrigle I got my first record player on my 6th birthday (1957):
It was,even then, an antique.A big brass beast:a windup affair! You had to change the needle ever time you played a record!
Fortunately I was only given one 78 record to go with it.It was Stanley Holloway's monologue about a lad called "Albert" who goes on holiday to Blackpool with his Mum & Dad and gets eaten by a lion in the zoo.
were my mum&dad giving me a message...? (we went to Blackpool most summer holidays)
Anyway.Listening to it again now, it's still quite funny.......Northern Humour... Albert & The Lion:lyrics

https://en.wikipedia.org/wiki/Stanley_Holloway
Aged 11.My brother Zyg bought me my first 'proper' record player & my first LP.("The Buddy Holly Story") The first record I bought myself was "The Folk Blues of John Lee Hooker". I fell in love with Tupelo Blues........... Which was a bit 'hard-core' for a young Yorkshire lad who also quite liked the Monkees & Beatles..

*John Lee Hooker would have been 101 on the 22nd August 2018.(6 months older than my own Dad).Rest in Peace both XX*
john lee hooker – tupelo blues from directors guild on Vimeo. 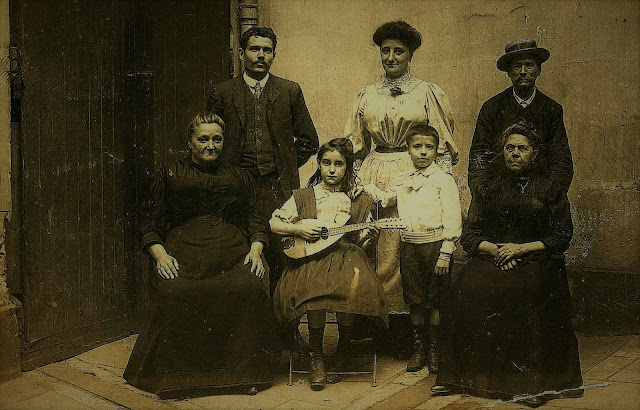 I dont seem to have any other photos that relate to this week's theme.
I did find the above  in Hebden Bridge's Antique shop.Not a jolly crew...but they  do have an solitary instrument in view.
The photo's  origin is French, I think.
They look like they have just spotted  a lion......?
at August 23, 2018 13 comments: 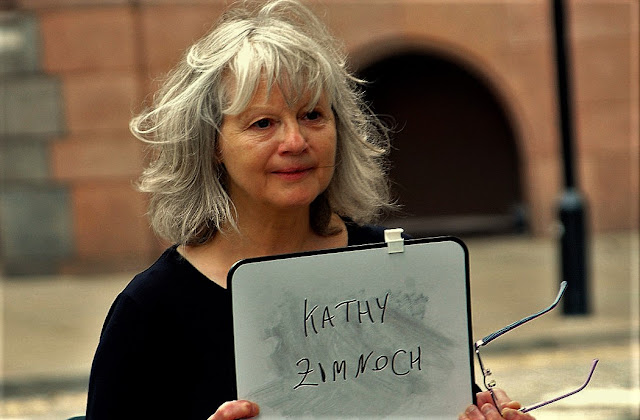 Me, Cath & Martin attended the Annual Peterloo Memorial in Manchester on Sunday.
.It's the 4th year we have been present.
We also took part in casting for the  Peterloo Massacre Tableaux
See all my photos here:
at August 20, 2018 No comments:

The post title was taken from a book I'm currently reading "The Sorrow Of Angels" by Jon Kalman Stefánsson
"We're in a leaky rowing boat with a rotten net, and we're going to catch stars".
This post was originally intended for last week's Sepia Saturday theme.(  Illusions:trick photos: big& small) But I was too late submitting, so.......I'm thinking  it can equally apply this week instead?
To see other people's contributions , visit http://sepiasaturday.blogspot.com/2018/08/sepia-saturday-431-11-august-2018.html

I took this photo on 30 August 1997.In Howth near Dublin .It was the weekend Princess Dianne died in Paris.
I was with Julie Boardman and her friend His Drayness (who i went to teacher training college with) Julie said "take a photo of me squashing this man" ( a sepia display of 1900's images..this one being   The Giant's Causeway in Ireland's 'Six Counties'.)
So I did! 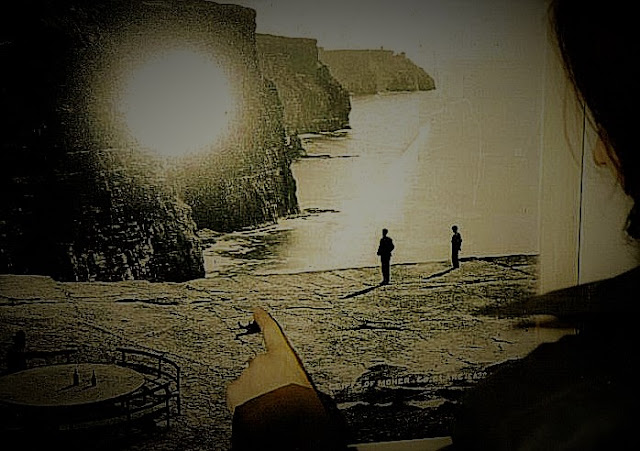 This week we booked seats at Manchester Royal Exchange to see  this: play in September.It's currently playing the Edinburgh Festival and stars Julie Hesmondhalgh.

Quote of the day (again from the Edinburgh Festival) .

Frankie Boyle "..has acid words for anyone who is worried about plastic in the ocean when there are refugees drowing in it..." (Independent) 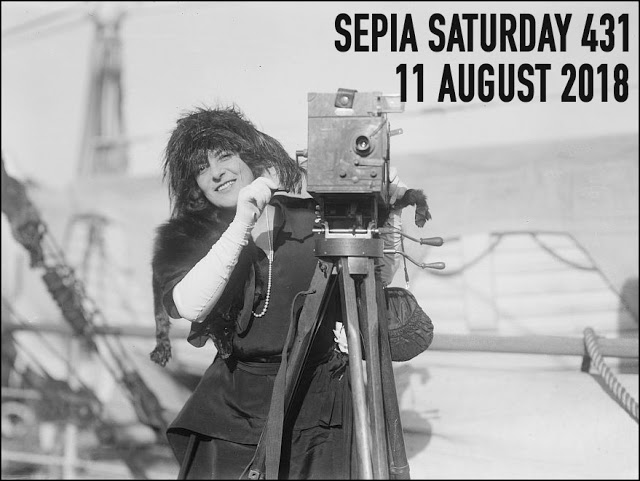 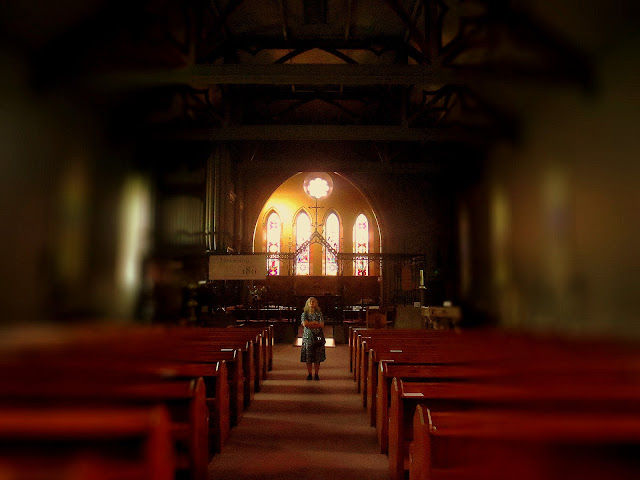 see all the photos in this slide show here=https://zimnoch.smugmug.com/Weekend-45-august-2018/