doris and the olden days


A Lovely day.
I met with Doris for a Greek Meal in Hebden Bridge at lunchtime ( catching up on news) .
It's what grown up people do.
Strange how we might know hundreds of people in our lives,. but only a few come back to check up where we are now,
What a lovely person.
Then onto Halifax for a few jars with Phil & Ken...................

the haunted victorian pencil and his nanny.


Today I went to The Good Shepard R.C. church in Mytholmroyd .
. A Labour Party meeting.
The guest speaker was an Damian Casserley ,economist who was an advisor to Gordon Brown/Ed Balls in the last Labour Government.
He was talking about the challenges to an incoming Labour Government.
We had tea & cake.
https://www.independent.co.uk/topic/jacob-rees-mogg
at November 17, 2018 No comments:

A movie sponsored by the U.S. Office of War Information:made in 1944. details here :
This is a sepia saturday post.
The theme is around images that feature " cold stone statues and haunted, unrecognisable faces...."
The statue pictured is that of "Lifting the Veil of Ignorance" a monument to educator Booker T. Washington on the campus of Tuskegee University in Macon County.
The statue is  by Charles Keck , and was dedicated in 1922.
I didnt know of Booker T until I saw this movie . You can read about his life here:

My immediate thought, while watching the movie , was that I guess those Alabama students you see would have had to sit at the back of their buses travelling  from the college after  filming .......... https://en.wikipedia.org/wiki/Emmett_Till
Maybe   Emmitt Till's Open Coffin did more for US Civil Rights than any Statue or movie ever did.....?
at November 08, 2018 7 comments:

it may be someone else's blood soaking into the dust, but i am that dust.


myself & Cathy went to Manchester Central Libary today (2nd november 2018) to see the plans for Jeremy Deller's Peterloo memorial. https://manchesterhistories.co.uk/projects/peterloo2019
What I saw looks good ,although its hard to tell just from a wee model.
The only doubt is the location between The Midland & G-Mex. 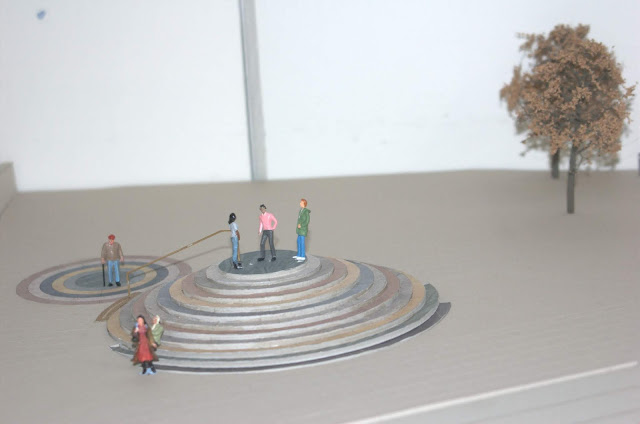 It will be built in that cordened-off area that ,during Tory Conferences, Boris goes jogging.
Maybe he will trip up on it?
No more news about my 'Moston Photos' http://everton.blogspot.com/2018/10/peterloo.html
.I guess it will all be under wraps until nearer the 200th anniversary next year?
All I have heard,so far, is  that blown-up versions will be displayed in 5 locations throughout the city (billboards?!) i will be everywhere...like a rash.hopefully, [unless i end up on the cutting-room floor......]
All my assorted photos from the last couple of weeks are here:
https://zimnoch.smugmug.com/End-October-begin-November-2018/
The only other things of note today,in Manchester.
(a) I bought my first ever 'white poppy' in the Quakers Lodge in Manchester. Maybe, one fine day, the good people of Halifax, West Yorkshirewill build a monument to remember  the six people murdered in the town by British Army sabres during the 'Plug Riots' ?
https://www.breviarystuff.org.uk/catherine-howe-halifax-1842-a-year-of-crisis/
https://markwrite.co.uk/blood-on-the-streets-of-halifax/

(b) in Manchester Art Gallery , a young couple stopped me on the stairs and asked if I minded having my photo taken for " a book about 50 men in Manchester". A black & white headshot....
All of a sudden, everybody wants to capture my image!