why dont théy stop and ßuy somé of our ßéads..?

https://zimnoch.smugmug.com/Easter-2019/
My apologies to Dominic.https://sackerson.wordpress.com/
(i still have the same sofa!)
Your comment [see above] ,along with the rest of the post ,went 'kapput' tonight !
This is the reposted, 're-imaginedness of the original.
https://zimnoch.smugmug.com/Easter-2019/ .
https://www.halifaxcourier.co.uk/news/politics/artists-thoughts-on-brexit-put-in-the-picture-at-halifax-exhibition-1-9734134
at April 27, 2019 6 comments:

"The name pace is derived from Latin pascha ('Easter') (c.f. the adjective paschal). The drama takes the form of mock combat between the hero and villain, in which the hero is killed and brought back to life, often by a quack doctor. In some the plays the figure of St George smites all challengers, and the fool, Toss Pot, rejoices..........."
https://en.wikipedia.org/wiki/Pace_Egg_play 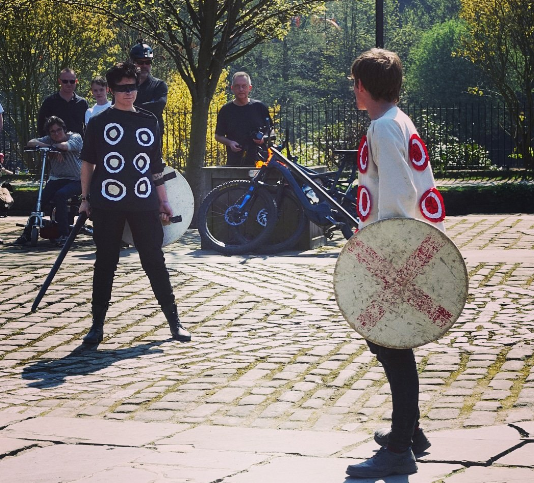 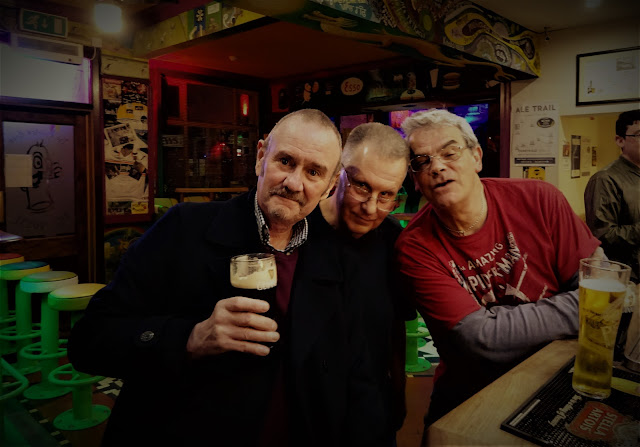 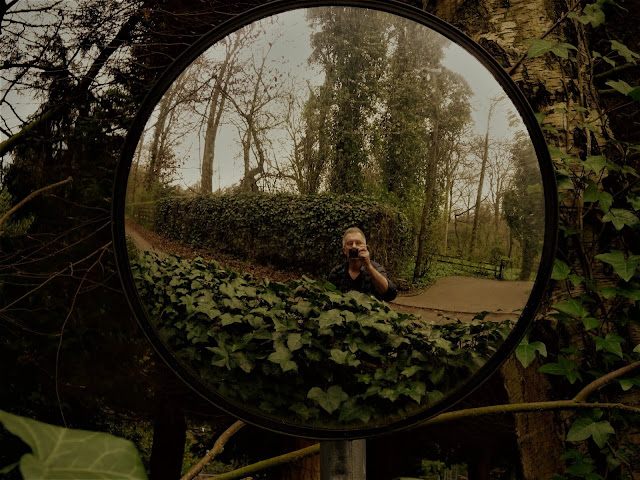 Early on Sunday Me ,Cath & Chris drove to Rawden .
Cath was attending a Retreat Day at The White Eagle Lodge.
After dropping Cath off, me & Chris drove to the Russian Baths in Bramley.
I went there about 5 years ago. Since then, it was closed by Leeds Council .However it has recently reopened as  a "Community Pool",run by volunteers & goodwill.
It has a really good vibe. and the locals are breathing the life back into this 1904 Edwardian Bath House.
"Russian Baths" is a rather grand title for what is ,essentially, a tiled steam room.
But maybe ,as beer tastes better out of glass rather than plastic, so steam feels better in tiles rather than the plastic shells modern steam rooms have?
Returning,we parked in Rawden crematorium (next to the White Eagle Lodge) And ,while waiting for Cath & her friends to finish , I wandered around the beautiful grounds & took some photos......
On Monday we all went to Harrogate Turkish Baths. Ive been going there for 30+ years , usually once or twice a year.
They monitized it too much these days, but I still find it sweet.
The attendant today told a story I had never heard before. I dont know how true it is, but it conjures up an interesting image ,for me, that illustrates "Victorian Values" .
The Top Hot Room ( temperature 70C/160F + plus) is heated through its marble floor. In the 19th century this heat came from a coal furnace in the basement below.
While the Toffs sat sweating & having their brows wiped by Attendants dressed in servant costumns  ,below ,in the cellars, it took 100 men to be constantly stoking the furnace boilers.
Some things dont change!
By the way , Newcastle Turkish Baths reopens this summer (details  the link below)
https://www.chroniclelive.co.uk/news/north-east-news/newcastle-city-pool-turkish-baths-15699537
https://www.whiteagle.org/north-of-england
https://bramleybaths.com/
https://www.turkishbathsharrogate.co.uk/
Young-Fathers-23-rd-March-2018Manchester-Ritz/
http://www.victorianturkishbath.org/_000HOME/HOMEPAGE.htm
https://en.wikipedia.org/wiki/Sulfur

Red Saunders  website went 'live' this morning.
Extra stuff will be added by him  as things progress.
On it  you can watch  a 5 minutes promotional video that explains things .
(Me & Cath are featured on this film )
You can also donate to the crowd funding here:
My   own photos from the Moston stage are here https://zimnoch.smugmug.com/Red-SaundersPETERLOO-MASSACRE-RECREATION-TABLEAUX/
I will repost as it develops  further .Watch this space!