"a city with my name on, i will enter in disguise"~ Jackie Leven.

Jackie Leven's Funeral
Jackie Leven [wikipedia] died from Prostrate Cancer on Monday night at 8pm.
[In a Shivering Blaze by Jackie Leven]
Usually ,media announcements of death leave me cold.To mourn a passing you must,i think, have some physical connection.Only friends & family have the right of grief.
Look .I like Bob Dylan.I have seen him play often.But when he dies i doubt if I should really care.I have never  had a wish meet him.[I suspect he's as mad as a bucket of frogs]
I will mourn Bob's back catalogue.I will mourn the fact that it indicates my own mortality.But, Bob's Pulse itself doesn't really  touch me individually .

Jackie is different.in the late 70s in my grotty East London ;Acid-Soaked bedsit, i had developed a fairly eclectic taste in music.[I talked about this period of my life in this old post ].The likes of Nick Drake,The Only Ones, & a couple of LPs by a punkish band called Doll By Doll  graced my turntable... I knew little about Doll by Doll:never saw them play. +Eventually I forgot..........
In the middle 80's i was introduced to a cd by Jackie.I was attracted by the Leven /Fife connection.My Mum had lived as a child in Leven.It was only later I realised Jackie was the Voice of Doll by Doll....so it goes...
My first Jackie Leven cd had contributions from the likes of Robert Bly & the whole Mens Movement thing.
At this time I was having all sorts of Stress & Depression Problems with my teaching career . Jackie helped me find my balls again.
[Defending Ancient Springs by Jackie Leven]
From then on I was hooked.I saw him play live 5 times at The Hebden Bridge Trades Club & once at The Bury Met.It was at Bury in 2008,with Cathy,Don& Margaret, I saw Jackie play the week between my Mum Dying &  My Burying Her.

Unknown to Jackie, he told a wildly funny story about him trying to scatter his own Mum's ashes.In a very counter-intuitive way, I laughed for the only time that week...it really helped me to cope with my own loss.

'Elegy for Jackie Leven'-Interview(+LivePerformance)Kirkcaldy Acoustic Music Club Oct 09 by Harknessian on Mixcloud
I only took up 2 minutes of Jackie's Life.
Twice I talked to him in The Hebden Bridge Trades.Once ,just a simple "Good Gig Jackie".The other time, we talked about how Jackie had had a "dodgy curry in Bradford" the night before...and his fear of having to leave the stage midstream to go to the bog..........(a conversation held appropriately ,during the Interval,in The Trades Club toilets)
God Speed Dear Jackie.I Love You but,for fuck sake, say well away from that  Jimmy Savile! X

Below another of my photos of dear sweet Jackie in Hebden Bridge........... 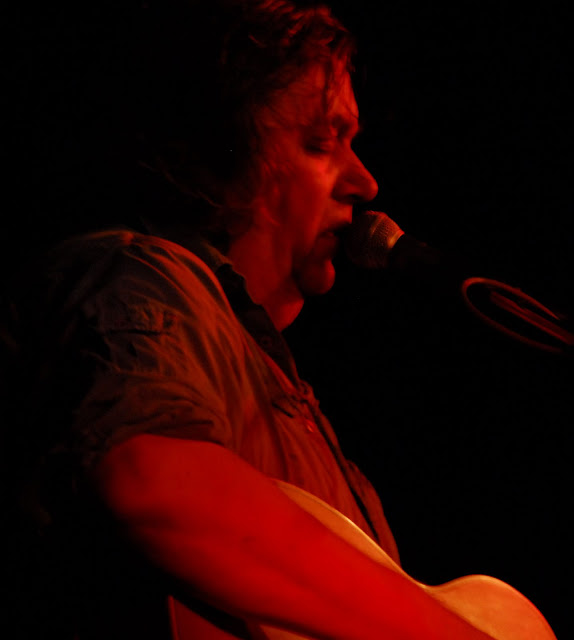 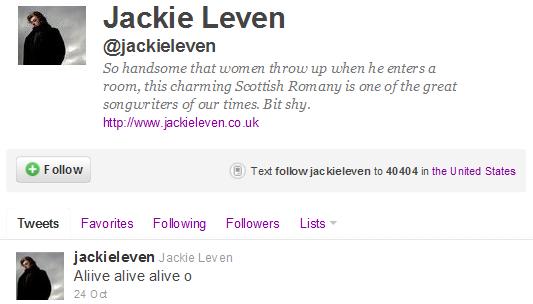