in a stable condition.... 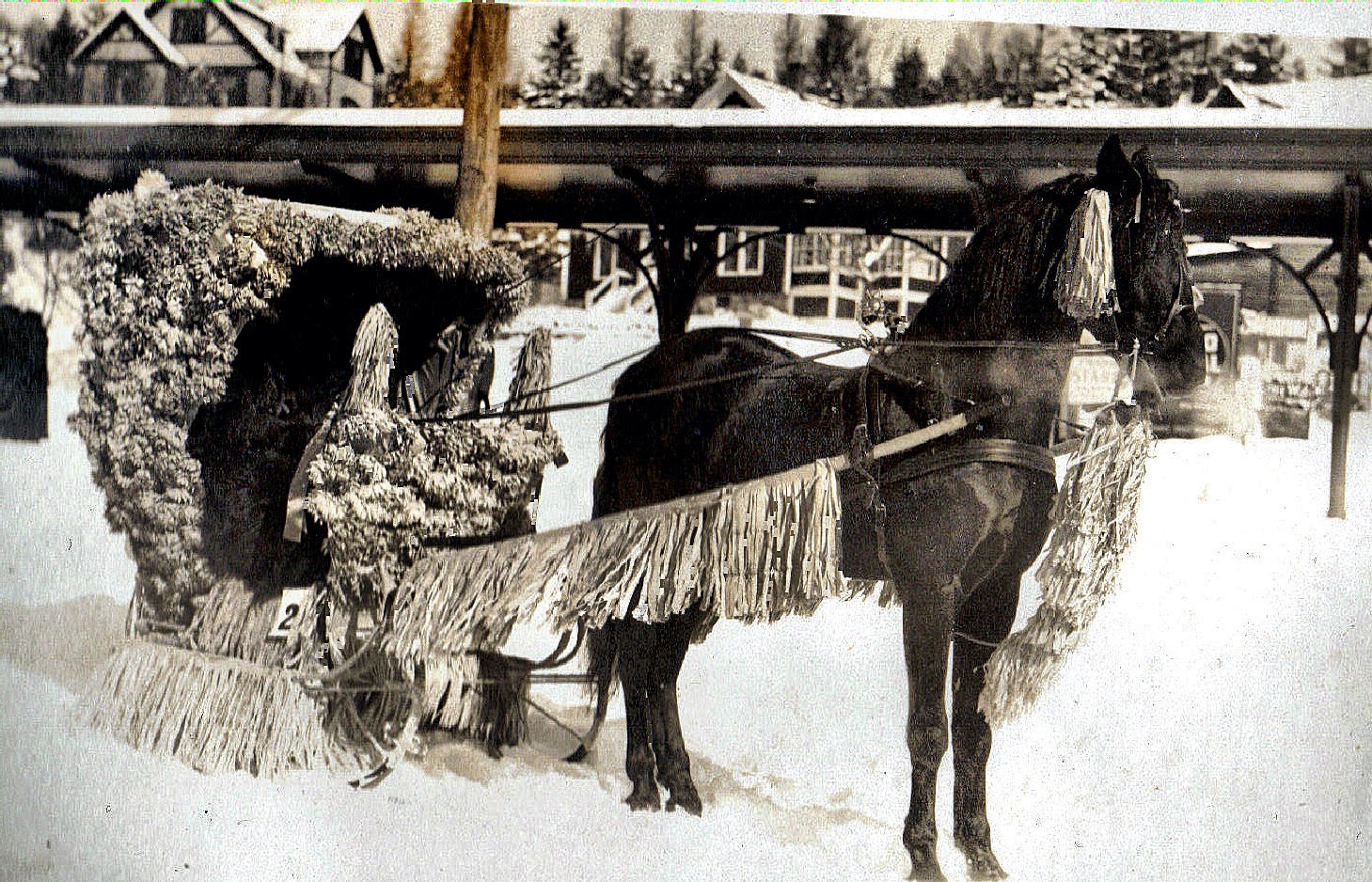 Sepia Saturday 212
One of a Series of photos taken by some of the Anglo Saxon side of my family in the early 20th century in Lake Saranac in up state New York  ..To some extent,I am recycling These previous posts
{Me Thinks our ancestors enjoyed & gleaned more fun out of extremities than we do now?Just a Thought........}
Thankfully ,we have had no snow here yet this winter.Here is a photo Chris took up the road last Winter...... 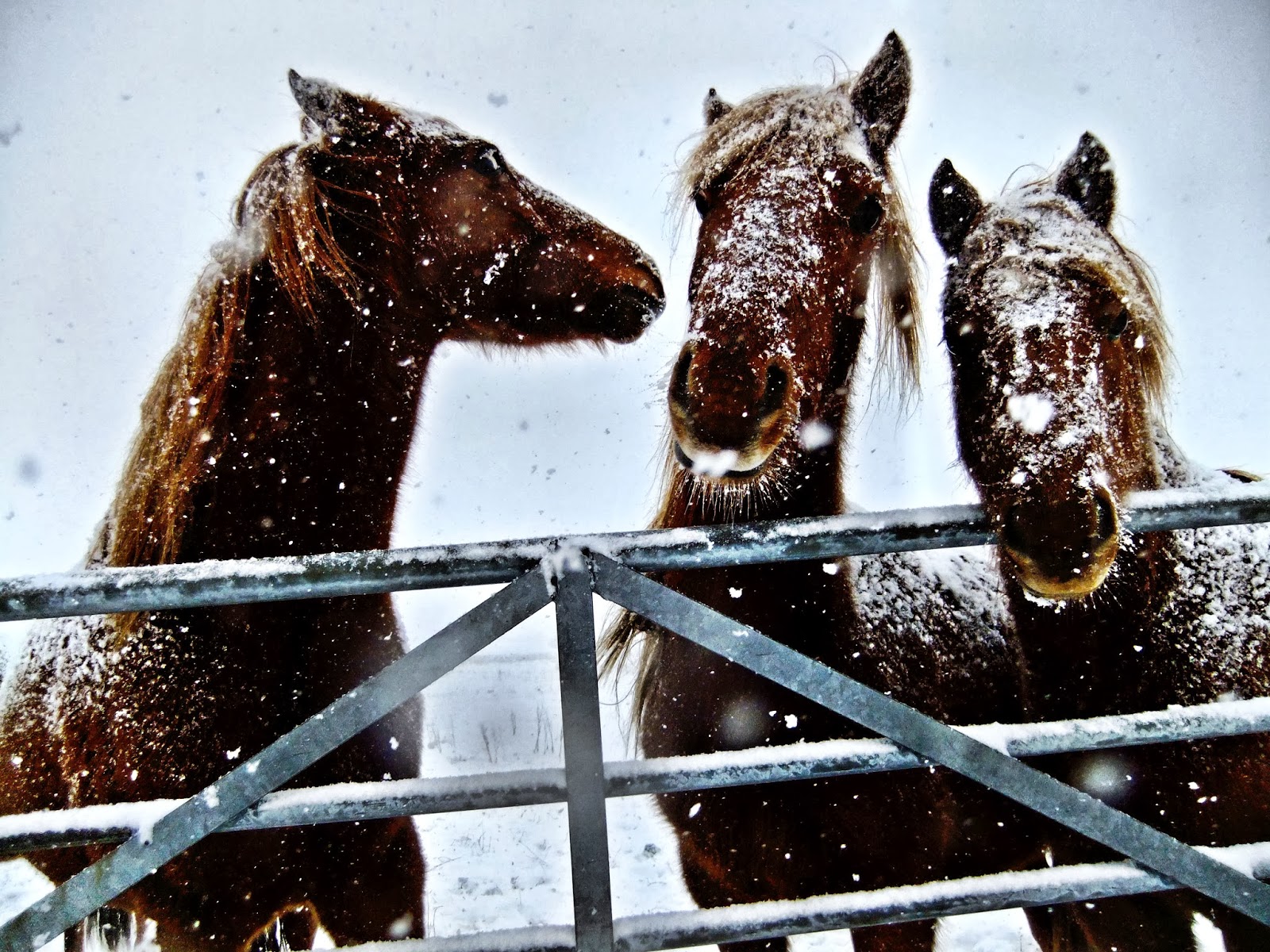 I am getting over my recent illness.Saying that, Im not 100% in as much as I get tired very easily still.
I'm now on stronger steroids for my asthma (flutiform instead of beclometasone) A fairly minor ajustment ,& still ,i feel, only moderate in terms of heavy-duty asthma (?).
I'm still not that sure what i would do differently if it happened again?

it was all so quick.
In the space of 48 hours I went from Hero -to-Zero. New Years's revellery to the back of  an Ambulance with an Oxygen Mask on......
It was   lower respiratory tract infection {pneumonia?} which in turn triggered a bad Asthma attack.........Hey-Hoy .
My asthma is controlled at the moment ,and I only feel a little hoarse as i type this post........... [above:Bob Dylan "see you later Allen Ginsberg".Basement Tapes Outakes.]
Here in Calderdale ,we are in the middle of the weeklong Wyrd Britannia Festival.
The festival rolled into Hebden Bridge Library tonight.
Andy Roberts gave a talk on LSD in Britain & the band Magpahi also played.
Andy is a great advocate of the drug.
I took it several times in the 70s and I fully support his plea for understanding


Two old men are sitting in a cafe. Gideon says to Dave , "Did you come on the bus?" Dave  replies, "Yeah, but I made it look like an Asthma attack."

As it happens, the story begins only a few hours after the photos in previous post..... taken on New Year's Eve....
At 5am on Friday 3rd January 2014 i was in the middle of a severe asthma attack.Over just 2 days this had developed into something scary.I was afraid.
When I was ten ,an older lad in the swimming pool (Woodside Baths)had put his big hand ontop of my head ,and pushed me down ,my head underwater...& held me there.Maybe he had attention-deficit,because he seemed to forget about me...but his hand didnt........
.I can still remember my childhood panic.The situation returned on Friday 3rd January 2014.Nothing ever really leaves us does it?
That same year (it must have been 1962?)I swallowed a big boiled sweet whole..Had I been alone, perhaps i would have died?Luckily,my big Brother Ziggy was nearby & he manage to get the sweet out.
Heimlich maneuver or a simple kick in the bollocks I cant remember.it doesn't really matter in the end.The main thing is it worked.
So i was rushed by ambulance to A&E in Halifax.I stayed  in hospital for 3 days.I was proper poorly.Perhaps not as sexy as a Stroke or a Heart Attack....but serious enough to these old bones..
I'm home now ,still on gardening leave & swallowing a shed load of antibiotics & steroid tablets (where is that damn Heimlich when you need him?)
I,ve been wallowing in my excitement on facebook .i know i tend to get manic & obsessive when something important happens to me.I also dislike the way i insist on turning everything into some sort joke or jolly caper.It's a way of avoiding i suppose
Anyway..........what i tell here for the first time,is 3 linked portraits/vignettes about my stay on the ward .Things that happened in our 4 -man sideward during my weekend in hospital.
Although not directly to do with my illness (you must be sick of hearing about it)Some extremely poignant  things occured.Some  ghosts past ;present & future.arrived.A reunion of sorts.The whole affair seemed like some  planned  Pagent's rehearsal.................

click bar directly below to hear the post /dont forget to turn on your audio:
You know ?I havnt walked out of doors since 1a.m. on the 1st of January 2014.......

3 Little Known Zimnoch Hospital Facts:
1962 was  the last time i ever stayed in hospital (6 weeks in traction with a fractured femur)
1965 in Poland.The only time I ever met my Polish grandmother.just the one occassion, on her hospital deathbed in Białystok
1952.six of the first nine months of my life were spent in hospital in Huddersfield. with Meningitis .

I used to believe that something magical happens on New Year's Eve.I know better now..but still a good night.Thanks X
at January 01, 2014 6 comments: