who am I when there is a sea?

A raindrop,dripping from a cloud,
Was ashamed when it saw the sea.
'Who am I when there is a sea?' it said.
When it saw itself with the eye of humility,
A shell nurtured it in its embrace.
[ 'Pearl' :  سعدی  Saadi] 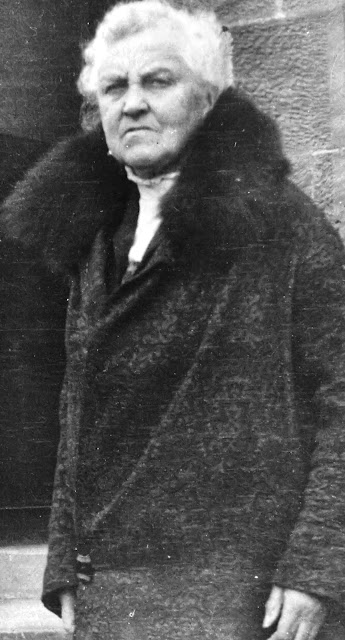 They say that toddlers often enjoy playing more with the box the Christmas present came in rather than the present itself! Not so Me. Before Christmas , I bought myself the present of a negative scanner from the new Aldi's thats just opened next door to The Rochdale Hammam.I was royally pissed -off when I opened the box on Christmas Day to find it empty.
Yesterday I returned to complain.I now have the contents!
The first old negative ( 4x4 inches)I scanned was the above.It gave me quite a jolt.I think it was taken in Perth,Scotland.Late 1880's/early 1890's? I have never seen a photo before of my Great-Grandmother, but it must be her, she looks so much like My Mum  that its a bit disturbing.given the stern look on her face.


My Thanks to Labour Councillor Bob Piper for these nice words.
+I Want To Send Some New Year Love To The Beautiful KAZ.
In Manchester.
at December 31, 2010 21 comments:

A heart needs a home

Its just a year ago that we saw The Unthanks at the  Hebden Bridge Trades Club [ my photos].. This week I booked my tickets to see them play Manchester Cathedral on 30th April.
Becky Unthanks (2nd clog dancer from the right) although born in  Northumberland , now lives less than a mile from my house in Hebden Bridge.I see her shopping in the CO-Op & suchlike........
Halifax born Dominic Rivon threw out a challenge this week on his blog Choose one question from All Soul's College exam paper & write a blog post on it.
I have picked..................... Is exile always a misfortune ?

"Exile" might usually be seen as a geographical idea. To live apart.It's also tied in with a feeling of banishment . The majority have exile trust upon them. Those who choose exile do so out of circumstance.
I guess my Dad's life could have been described as one of "Exile".Living in Britain because he couldn't return return to his home in Poland.I am sure he saw this as his total misfortune.
[Incidentally , I am looking forword to seeing the new Peter Weir film The Way Back based around the life of
Sławomir Rawicz born in Eastern Poland near my dad & like him, conscripted into the invading Soviet army, in 1939 from which both deserted and fled through the World to escape.]
The problem with this geographical exile is that truth & fact can become hidden\lost & incomprehensive in the exile's new home. It difficult to pass the legacy on..........I , for example, still don't fully understand how my Dad got from "A" to "B".I know he escaped Poland. I know he traveled via South Africa.I know he ended up in Scotland to join the Free Polish Airforce. But I don't know how this was done. I guess I never will...............
My dad hated his exile. Maybe if you chose it yourself it is different.? The World is full of happy expectant migrants Sailing to "New Worlds".in the hope of a better life.I,m sure it's not always a misfortune. The misfortune is not having a choose in one's life.................
How odd , at this point I was going to quote something Bryce Taylor said to me once.
" To Have True Freedom You Must Always Have 3 Alternative Options In Any Decision ". You Are Not Free If You Have No Alternative.........
I studied under Bryce when doing a 2 year Transpersonal Diploma with Oasis Human Relations. He had a very powerful influence on me.I lost touch after I left in 1996.It's a measure of my exile from him that I only tonight learned just now of his death in March via the Oasis
facebook page.
How strange ,reading his obituary  in The Yorkshire Post I found out things I never knew about him.He was born in Rochdale and he was a "keen photographer, gardener and Bob Dylan aficionado."
He was full of Power............To Say I liked the man would be wrong.But I respected his power & insight. He Saw me better than I saw myself (which was a worry !) bryce was one of the most influential people in my life.It is strange now to know of my exile from him.............He changed my life is ways I still have to discover.

His position was ,maybe, that We are all in exile.but we have the fortune to find our way home.
The facebook site carries photos of tree planting ceremonies to him on October 20th in Boston Spa,Yorkshire & Boston Massachusetts ( GRLI GA).Below a photo of Bryce (holding a carpet someone thought looked like a tree stump) & me.on the grass, in exile............ 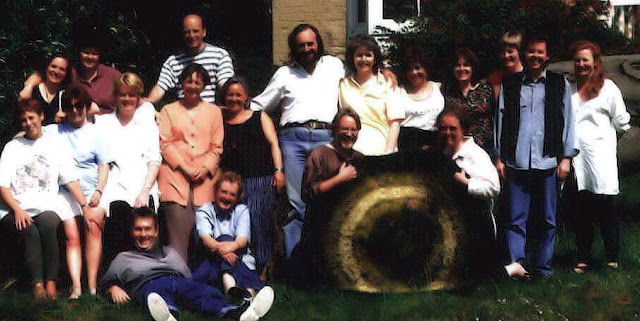 Another final point.You might find yourself in Exile and never need to move an inch! You stay still & the World changes around you.The current political & economic climate a case in point.Maybe it's not a geographical thing at all......................
at December 11, 2010 13 comments: