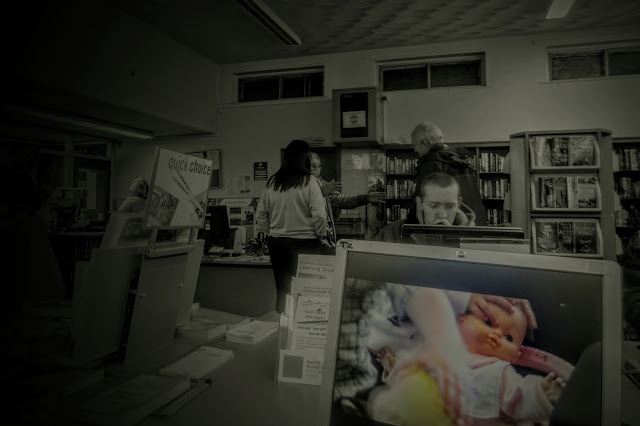 I was up in Mixenden Library this morning.Holly Lynch ,the Labour MP for Halifax , was there for some sort of Coffee Morning gig.
https://en.wikipedia.org/wiki/Holly_Walker-Lynch
We thought it might include a Q&A session...but nothing materialised
Comrade Ken Kersley was wanting to ask her why she had thought bombing Syria to be such a good idea.But no opportunity to discuss such issues......... .........nice Coffee though !
& nice to see James again.
I also got an opportunity to get a sneak preview of a film documentary called "Archipelago" recently shot in Mixenden ; commissioned by Manchester University and heavily featuring Ken .. It gets it's first public showing locally very soon.I feature a few "stills" from   it here......https://zimnoch.smugmug.com/Dropbox/Holly-Lynch-MP-Mixenden/

checkout this overview of some of his work.
via: Artsy 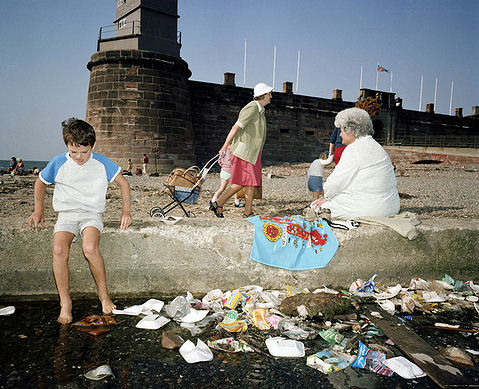 http://www.martinparr.com/
https://en.wikipedia.org/wiki/Martin_Parr
In 1975 Parr moved to Hebden Bridge where he would complete his first mature work. He was involved with the Albert Street Workshop, a hub for artistic activity which included a darkroom and exhibition space.
Parr spent five years photographing rural life in the area, focusing on the Methodist (and some Baptist) non-conformist chapels, a focal point for isolated farming communities that in the early 1970s were closing down.
He photographed in black-and-white, for its nostalgic nature and for it being appropriate to his celebratory look at this past activity. Also, photographers at that time were obliged to work in black-and-white in order to be taken seriously, colour being associated with commercial and snapshot photography.
His series The Non-Conformists was widely exhibited at the time and published as a book in 2013. Critic Sean O'Hagan, writing in The Guardian, said "It's easy to forget how quietly observational Parr was as a black-and-white photographer
at February 12, 2016 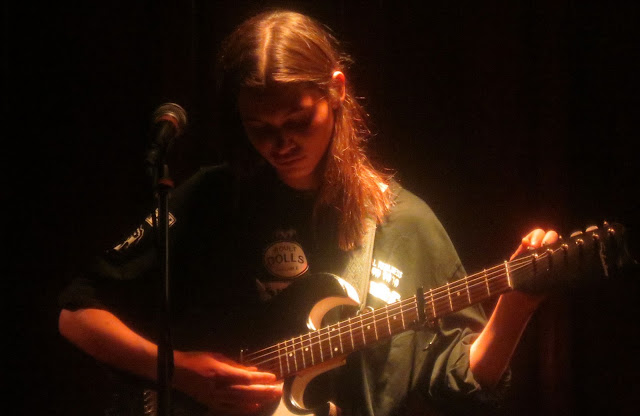 I went with Cath to see Okay at The Castle Pub last night. Okay has a voice to die for.So much talent & promise.Cath talked to her after the gig. We promised to make an introduction to The Hebden Bridge Trades Club .I could really see her there......and,to be honest, The Castle dont know fuck all about presenting talent.... one of the videos i took tonight.
at February 11, 2016

down at the ancient gate 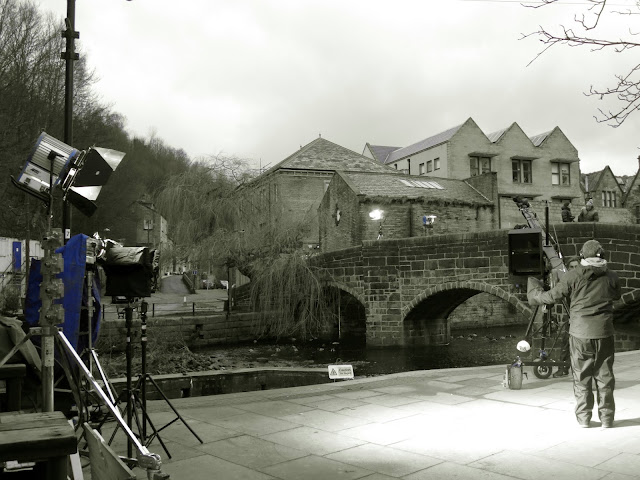 Love Edinburgh,
Bonnie  Polish swimming friend,  Joanna   !Farewell.
Take good care of yourself. Please, have a good life.Admiring your style from the slow  lane.! X .
Fascinating coincidences  .You move from Poland to Halifax and, after five years move again  (today) to live in Edinburgh. 'Like my family history, in reverse......
Below.[ Still playin with my new Canon IXUS 240 HS.] Images taken in Halifax, Burnley, Hebden Bridge & Manchester thru this     week.......
The BBC tv show "ONE SHOW" broadcast live from Hebden Bridge on Tuesday.
My car broke down earlier that day & i got a red courtesy car that day & drove for my daily swim& sauna to Halifax Baths.
I went to Burnley St Peters for a swim& sauna on Saturday.
On Thursday me & Cath went to Manchester Art Gallery: looked around Chinatown & ate stuff........
https://zimnoch.smugmug.com/Dropbox/Various-photos-february-2016/

the cities in your eyes.

Hi Tony ... hope you dont mind ...
I have joined you to my group which was started by a musical partner of mine who lives in Greece... we have been raising funds for the poor souls fleeing the guns and wars.
I have some friends doing a lot of work out on several islands and we are going there in a few months to do some practical stuff and a concert.
The album isn't everyones cup of tea but my track is getting the most downloads and it has had some really good reviews.   I go under the name of Karyae.
at February 01, 2016